Abson tower steps needed repair before any major work could  be carried out on the treble, it was felt the steps were far too dangerous to use with the amount of traffic they might get during any work on the treble. This work commenced on the 14th of June with Paul Grainger Allan and Tony York. The first week we managed to complete three steps, the following week we managed six. Unfortunately Paul went off to New Zealand for 3 months and Tony York was away in Cornwall for two weeks. The work commenced again on August the 2nd with Tony York and Antony Gay from Chipping Sodbury. On August the 2nd we managed to repair three steps and on the 9th we managed six, on the 16th August Tony York managed to prepare and shutter a further six steps but did not manage in the time available to fill them.
We experimented with the method of filling the steps and compromised to some extent. We used bags of ready mixed Cotswold mixture which is commonly used for repairing the Cotswold stone Bath properties. As we thought this mixture would be be relatively soft we added both grey and white cement to the mix. This mix was used for the faces and tops of the steps as the Cotswold mix was quite expensive. The interior of the steps was filled with an ordinary mix of concrete. We never counted the number of steps repaired it is a task which I must do in the next few months!

Below are some pictures of the operation 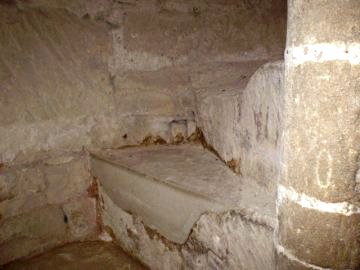 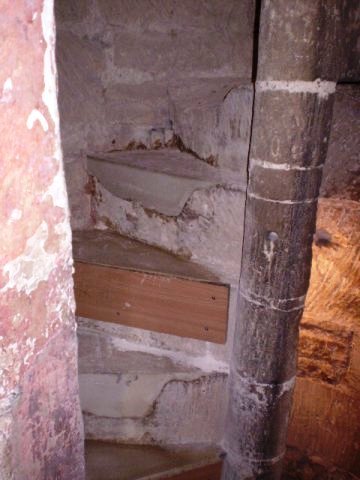 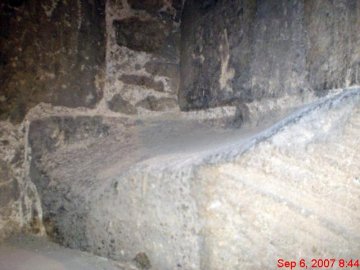 We had many discussions as to how we would actually repair the steps, this is how we prepared to fill them.
A step before we started.

Its has now been painted with PVA.

The keying screws have been put in, they are dry wall screws and screw directly into the step with a battery drill screwdriver.

The step is now shuttered and ready to be filled.

The steps were completed in November 2007 ready for any work to be carried out on the bells in the coming months.
Tony York 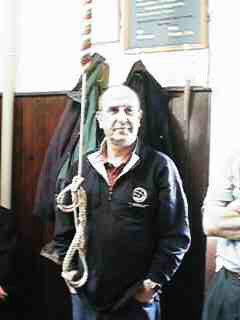 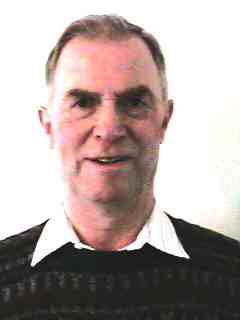 Above the three stalwarts who repaired the steps.


Return to previous page  click here, or use the buttons on the left